Oona A. Hathaway is the Gerard C. and Bernice Latrobe Smith Professor of International Law at the Yale Law School. She is also Professor of International Law and Area Studies at the Yale University MacMillan Center, on the faculty at the Jackson Institute for International Affairs, and Professor (by courtesy) of the Yale University Department of Political Science. She is a member of the Strategic Planning Committee of the American Society of International Law, the Executive Committee of the MacMillan Center at Yale University, and the Advisory Committee on International Law for the Legal Adviser at the United States Department of State. In 2014-15, she took leave from Yale Law School to serve as Special Counsel to the General Counsel for National Security Law at the U.S. Department of Defense, where she was awarded the Office of the Secretary of Defense Award for Excellence. Professor Hathaway earned her B.A. summa cum laude at Harvard University in 1994 and her J.D. at Yale Law School, where she was Editor-in-Chief of the Yale Law Journal, in 1997. She served as a Law Clerk for Justice Sandra Day O’Connor and for D.C. Circuit Judge Patricia Wald, held fellowships at Harvard University’s Carr Center for Human Rights Policy and Center for the Ethics and the Professions, served as Associate Professor at Boston University School of Law, as Associate Professor at Yale Law School, and as Professor of Law at U.C. Berkeley. Her current research focuses on the foundations of modern international law, the intersection of U.S. constitutional law and international law, the enforcement of international law, and the law of armed conflict. She is a principal investigator on a recent grant awarded by Hewlett Foundation to study cyber conflict. She has published more than twenty-five law review articles, and she is currently working on a book, The Internationalists: How a Radical Plan to Outlaw War Remade the World (with Scott Shapiro), which will be published by Simon & Shuster in September 2017. 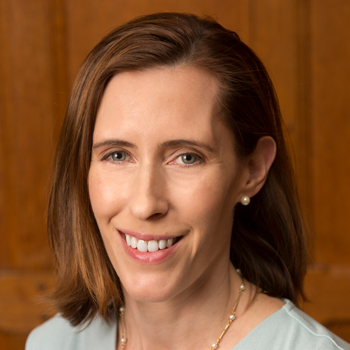