David Marcus is Professor of Law at UCLA School of Law. He was previously Professor of Law at the University of Arizona James E. Rogers College of Law, where he was elected “Professor of the Year” by the student body in 2009, 2012, and 2017. His research focuses on civil procedure, administrative law, federal courts, complex litigation, and legal history.

Marcus received his B.A. from Harvard University and studied at the University of Cambridge before earning his J.D. from Yale Law School. After law school, he clerked for the Honorable Allyne R. Ross of the Eastern District of New York in Brooklyn, as well as the Honorable William Fletcher of the Ninth Circuit Court of Appeals in San Francisco. He also represented plaintiffs in class actions at Lieff Cabraser Heimann and Bernstein.

Marcus’s publications have appeared or are forthcoming in The Texas Law Review, Fordham Law Review, University of Pennsylvania Law Review, and Georgetown Law Journal, among others. 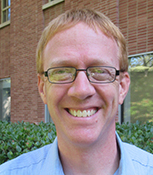 The Special Prosecutor and Government Institutions

Does the special prosecutor qualify as an 'institution'? Does it matter? (Hint: Yes, it does.)