Ian Millhiser is a senior fellow at American Progress. His work focuses on the Constitution and the judiciary.

Ian previously was a policy analyst and blogger for ThinkProgress, held the open government portfolio for CAP’s Doing What Works project, and was a legal research analyst with ThinkProgress during the nomination and confirmation of Justice Sonia Sotomayor to the United States Supreme Court. He also clerked for Judge Eric L. Clay of the United States Court of Appeals for the Sixth Circuit, and has worked as an attorney with the National Senior Citizens Law Center’s Federal Rights Project, as assistant director for communications with the American Constitution Society, and as a Teach For America corps member in the Mississippi Delta.

He received a B.A. in philosophy from Kenyon College and a J.D., magna cum laude, from Duke University, where he served as senior note editor on the Duke Law Journal and was elected to the Order of the Coif. Ian is a frequent speaker on constitutional topics, and has spoken at numerous law schools including Yale, Michigan, Georgetown, Berkeley, New York University, and Boston College. His writings appeared in a diversity of legal and mainstream publications, including The New York Times, the Los Angeles Times, U.S. News and World Report, The Guardian, AOLNews, The American Prospect, Politico, Huffington Post, Slate, The National Law Journal, The Yale Law & Policy Review, and The Duke Law Journal. He has been a guest on CNN, MSNBC, Al Jazerra, and Fox News, and many radio stations including NPR and the BBC. 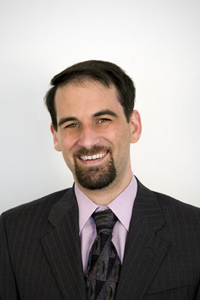 Let’s Not Make A Constitutional Case Out Of This

Is an administrative separation of powers mandated by the Constitution, as Michaels suggests that it is?