Suzanne Goldberg, one of the country’s foremost experts on gender and sexuality law and a leading advocate for the LGBTQ community, serves as the Herbert and Doris Wechsler Clinical Professor of Law. She also leads the Law School’s Center for Gender and Sexuality Law and its Sexuality and Gender Law Clinic.

Goldberg joined the Law School’s full-time faculty in 2006. She previously served on the faculties of Rutgers School of Law­–Newark and Fordham Law School. In private practice, Goldberg served as a senior staff attorney at Lambda Legal, the country’s first legal organization focused on achieving full equality for lesbian and gay people. During her time at Lambda, she served as co-counsel for the defendants in the landmark U.S. Supreme Court case Lawrence v. Texas.

Goldberg is a frequent commentator and analyst for news media on sexuality and gender law, and on discrimination law and litigation issues. Her commentary has been featured on 20/20, CNN, and other national television networks, as well as on radio and news outlets around the world.

Goldberg graduated with honors from Brown University, and went on to serve as a Fulbright Fellow at the National University of Singapore. She earned her J.D. at Harvard Law School and later clerked for Justice Marie Garibaldi of the New Jersey Supreme Court. Goldberg is a recipient of the Law School’s Willis L.M. Reese Prize for Excellence in Teaching. 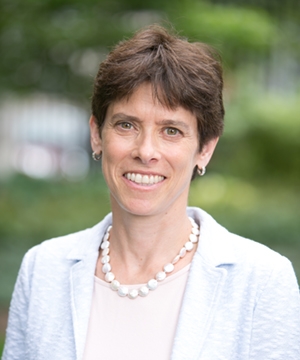 The rock-the-world power of #MeToo shows us that the ultimate key to change is story-sharing with families, friends and neighbors