Andrew Manuel Crespo is an Assistant Professor of Law at Harvard Law School, where he teaches criminal law and criminal procedure. Professor Crespo’s research focuses on the institutional design and administration of the criminal justice system, with a particular focus on the administrative role courts play in regulating law enforcement behavior. His recent article, Systemic Facts, was published in the Harvard Law Review and was honored by the AALS Criminal Justice Section as the best paper on criminal justice issues written by a tenure-track professor in 2015. An earlier article, Regaining Perspective, was featured in the New York Times, and Professor Crespo’s writing has also appeared in the Boston Globe.

Prior to beginning his academic career, Professor Crespo served as a Staff Attorney with the Public Defender Service for the District of Columbia, where he represented adults and juveniles charged with serious felonies, ranging from armed robberies, to burglaries, to homicides. Professor Crespo graduated magna cum laude from Harvard Law School in 2008, where he served as president of the Harvard Law Review, the first Latino to hold that position. Following law school, Professor Crespo served for three years as a law clerk, initially to Judge Stephen Reinhardt of the U.S. Court of Appeals for the Ninth Circuit, then to Associate Justice Stephen Breyer of the U.S. Supreme Court, and finally to Associate Justice Elena Kagan during her inaugural term on the Court. 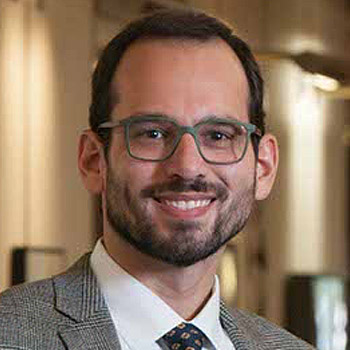 There is an important connection between impeachment and criminal law. Not in technical or legalistic doctrinal nuances, but rather in the core purposes underlying these two domains.

What Will You Do if Mueller is Fired?

If your tendency, like mine, is to deliberate when called to action, my humble suggestion is simply this: Deliberate now. Reflect on what you will do now. Decide now.

Appoint a Special Prosecutor, not an Amicus, to Challenge Arpaio’s Pardon

The Road to United States v. Trump is Paved with Prosecutorial Discretion

Should former FBI Director Robert Mueller decide to bring criminal charges against President Trump for obstruction of justice, he would be acting well within the law, the norms of the profession, and the reasonable bounds of the discretion with which he has been entrusted.