Ann Carlson is the Shirley Shapiro Professor of Environmental Law, and the inaugural Faculty Director of the Emmett Institute on Climate Change and the Environment at the UCLA School of Law. She is also on the faculty of the UCLA Institute of the Environment.

Professor Carlson is one of the country’s leading scholars of climate change law and policy. She is co-author (with Daniel Farber ) of a leading casebook, Environmental Law (8th ed.) and numerous articles on climate change and air pollution. She is the co-editor of a forthcoming Cambridge University Press book, The Future of U.S. Energy Policy:  Lessons from the Clean Air Act. She has served on a National Academy of Sciences panel, America’s Climate Choices:  Limiting the Magnitude of Future Climate Change and an American Academy of Arts and Sciences committee, America's Energy Future.  Carlson is also a frequent commentator and speaker on environmental issues and she blogs at Legal Planet (http://legalplanet.wordpress.com). 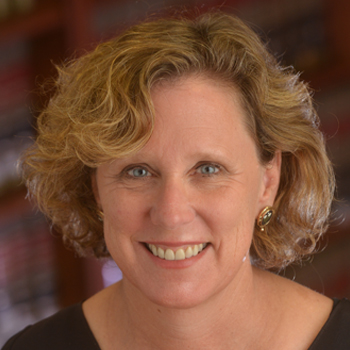 What happens next in a lawsuit arguing that the United States has failed to protect against the ravages of climate change?

What Does Justice Kennedy’s Retirement Mean for Environmental Protection?

Trump’s Meaningless Paris Announcement is a Win for His Opponents

President Donald Trump’s announcement that he will withdraw the U.S. from the Paris Agreement may have dramatic consequences for his administration—but not in the ways he might imagine.

With the news that Trump will withdraw from the Paris Agreement, it's important to talk about how he may do so.

What Happens if the U.S. Remains in the Paris Agreement?

If the Trump Administration chooses to remain in the Paris Agreement, it will be fascinating to see how the administration participates in its implementation. Here's a guide to some of the key legal and political questions.

What Do We Really Gain if the U.S. Stays in the Paris Agreement?

Trump already has eviscerated U.S. climate policy. Leaving the Paris Agreement would thus do little harm, while remaining would provide Trump with a fig leaf to obfuscate the damage he is doing. From an environmentalist point of view, the U.S. might be better off if Trump withdraws.