Brianne is Constitutional Accountability Center’s Chief Counsel. Before taking her current role, Brianne served as CAC's Appellate Counsel. Brianne joined CAC from private practice at O'Melveny & Myers (OMM), where she was Counsel in the firm’s Supreme Court and appellate practice.  From 2009-11, prior to joining OMM, Brianne was an Attorney-Adviser in the Office of Legal Counsel at the U.S. Department of Justice. She also served as a law clerk for Justice Stephen Breyer on the U.S. Supreme Court, a law clerk for Judge Robert A. Katzmann on the U.S. Court of Appeals for the Second Circuit, and a law clerk for Judge Jed S. Rakoff on the U.S. District Court for the Southern District of New York. Brianne’s academic writings have appeared in, among others, the Yale Law Journal, the Duke Law Journal, the Northwestern University Law Review, the Washington Law Review, and the NYU Journal of Law & Liberty, and her popular writings have appeared in outlets such as the Washington Post, the LA Times, Slate, The New Republic, CNN.com, and Reuters, and on numerous blogs, including Huffington Post, SCOTUSblog, ACSblog, and Balkinization. Brianne received her J.D. from Yale Law School and her M.A./B.S. from Emory University.  Her master's thesis in political science examined judicial behavior on the U.S. Supreme Court. 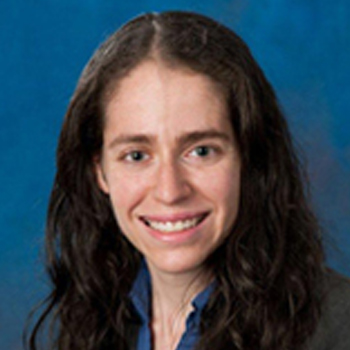 Brianne Gorod & Charlie Miller: Contrary to Justice Kavanaugh’s suggestion, there is nothing sacrosanct about November 3, and no requirement that the country must know the victor of the presidential election that night.

How the Trump Administration is Evading Senate Advice and Consent

It's been one year since DHS had a director confirmed by the Senate. In the meantime, Trump has continued to avoid the constitutional requirement of advice and consent—and violated federal law about using acting directors.

With Passage of COVID-19 Relief Package, Vigorous Congressional Oversight Will Be Key

By Brianne Gorod and Becca Damante: Congress’s $2 trillion relief legislation is the largest aid package in modern American history. That’s a lot of discretion to give to an Administration in which self-dealing and corruption are disturbingly common. There is thus an urgent need for vigorous congressional oversight.

The Truman Committee and the Importance of Emergency Oversight

By Charlie Miller & Brianne Gorod: House Speaker Nancy Pelosi has announced a Select Committee on the Coronavirus Crisis. The Truman Commission offers a model for oversight of the COVID-19 response.

It’s Past Time for President Trump to Use the DPA

Congressional Oversight in the Midst of Coronavirus

Congress has historically exercised its broad oversight authority to investigate public health crises and the executive branch’s responses to them, and it can do the same here.