Chiraag Bains, a former federal prosecutor and senior official in the Justice Department’s Civil Rights Division, is interested in criminal justice reform strategies that enhance public safety and build trust between communities and law enforcement.  In addition to his role as a Visiting Senior Fellow with the Criminal Justice Policy Program, he is a Leadership in Government Fellow at the Open Society Foundations.

From 2014 to 2017, Mr. Bains was Senior Counsel to the Assistant Attorney General for the Civil Rights Division.  There, he helped lead DOJ’s work on criminal justice reform, including with respect to policing, solitary confinement, court debt and bail reform, and the criminalization of homelessness.  Mr. Bains was also a member of the team that investigated the Ferguson Police Department for a pattern or practice of unconstitutional conduct and co-wrote the Ferguson Report.  In addition, he helped oversee the work of the Special Litigation, Housing & Civil Enforcement, Criminal, and Appellate Sections, and managed congressional oversight for the Division.

Previously, Mr. Bains was a federal prosecutor in the Division’s Criminal Section, where he prosecuted officer misconduct, hate crimes, and interference with access to reproductive health clinics.  He also served as a Special Assistant United States Attorney in the sex offense and domestic violence unit of the District of Columbia U.S. Attorney’s Office.

Mr. Bains clerked for Judge Karen Nelson Moore on the Sixth Circuit Court of Appeals and Judge Nancy Gertner on the federal district court in Boston.  He received his J.D. from Harvard Law School, where he was an Articles Editor on the Harvard Law Review and a Paul & Daisy Soros Fellow; his M.Phil. in Criminology from the University of Cambridge on a Gates Scholarship; and his B.A. from Yale College, where he was a Truman Scholar.  He was also a Coro Fellow in Public Affairs in New York City. 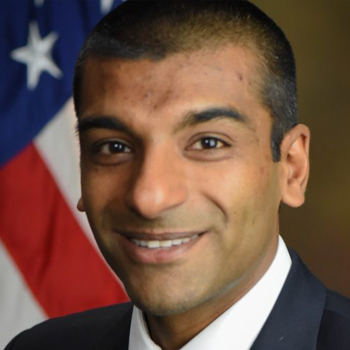 Trump, Arpaio, and the Danger of Politicizing DOJ

Trump asked if DOJ could drop the case against Arpaio. Such interference with prosecutive decisions threatens the legitimacy of the Justice Department.

A new letter from a bipartisan group of senators shows that Attorney General Sessions’s approach to charging is out of the mainstream, contrary to our justice system’s values, and unsupported by existing crime research.

The president’s proposed budget reveals an intent to roll back protections for the most vulnerable members of society.

What President Trump Hasn’t Learned from the Rodney King Riots

100 days in and 25 years after the unrest in Los Angeles, the Trump Administration is failing communities entitled to fair and just policing.

Reinvigorating Civil Rights in the Era of Trump

Given the nativist overtones of his campaign and his administration’s signature policies — from the Muslim ban to an immigration crackdown that equates being a foreign-born minority with criminality — Trump has exploded the fiction that we live in a post-racial society.

DOJ Begins to Turn Its Back on Policing Reform

AG Sessions’s eleventh-hour effort to avoid a consent decree in Baltimore is indefensible and unmistakably political. The court should not allow it.