Professor Daniel Tokaji is an authority on the law of elections and democracy.  He teaches courses on Election Law, Constitutional Law, Federal Courts, Civil Procedure, and Legislation.  His scholarship addresses questions of voting rights, racial justice, free speech, and the role of the courts in American democracy.

A graduate of Harvard College and the Yale Law School, Professor Tokaji clerked for the Honorable Stephen Reinhardt of the U.S. Court of Appeals for the Ninth Circuit. Before arriving at Ohio State, he was a staff attorney with the ACLU Foundation of Southern California and Chair of California Common Cause.

Professor Tokaji has successfully litigated many civil rights, civil liberties, and election law cases. He was lead counsel in a case that struck down an Ohio law requiring naturalized citizens to produce a certificate of naturalization when challenged at the polls. He was also an attorney for plaintiffs in cases that kept open the window for simultaneous registration and early voting in Ohio’s 2008 general election, and that challenged punch-card voting systems in Ohio and California after the 2000 election. 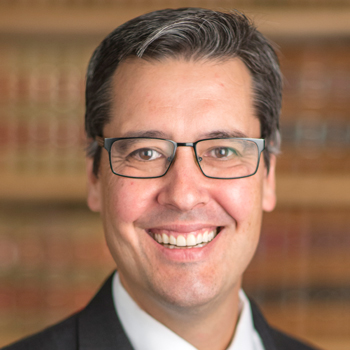 A Grand Election Bargain That Everyone Should Support

Ironically but thankfully, the result of Justice Alito's deeply mistaken analysis in Abbott v. Perez is an opinion that makes less bad law than it might have.

The Nuclear Option and Democratic Deterioration

The Gorsuch nomination battle illustrates and exacerbates the dynamics of democratic deterioration. Reversing these trends will require elected officials to act with courage. It will also require significant structural changes to our political system.

Arresting the Deterioration of Democracy

Troubling signs abound for American constitutional democracy. It isn't (yet) too late to halt the decline. But that will require the creation and implementation of a robust democracy agenda.