Danielle also has an active amicuspractice before the Supreme Court and other federal courts, most recently representing CLC in several gerrymandering cases including Bethune Hill v. Virginia State Board of Elections and McCrory v. Harris.

Danielle presents at conferences nationwide, including conducting trainings on federal voting rights law through the Voting Rights Institute, a project of CLC, the American Constitution Society, and Georgetown Law. She is frequently quoted in national news publications, including the New York Times, Los Angeles Times, and CNN.

Previously, Danielle served as a Skadden Fellow in the Employment Rights Project of Bet Tzedek Legal Services in Los Angeles, where she represented low-wage immigrant workers in wage and hour and human trafficking matters. From 2012 to 2013, Danielle clerked for Judge Richard A. Paez on the U.S. Court of Appeals for the Ninth Circuit. Danielle is a 2012 graduate of Yale Law School, where she served as executive editor of the Yale Law and Policy Review and was awarded the Michael Egger Prize for the best student note on current social problems in the Yale Law Journal, and a 2008 graduate of New York University, where she earned a B.A. with honors in European Studies.

Danielle is a member of the New York and California bars, and the bars of the U.S. Supreme Court, the U.S. Court of Appeals for the Fifth Circuit, and the U.S. District Court for the Central District of California.

*Admitted in New York and California only; practice limited to U.S. courts and federal agencies 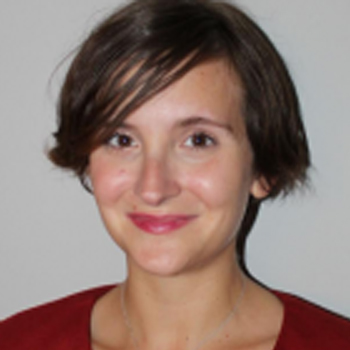 No, Department of Justice, a Law Designed to Discriminate Against Minority Voters Should Not Remain on the Books

In a challenge to Texas's strict voter ID law, DOJ has just turned its back on minority voters and victims of discrimination in Texas.

The commission is not truly bipartisan and is based on false assertions of widespread voter fraud.

Many states are considering bills requiring future federal presidential candidates to release tax returns, or comparable information, in order to be listed on the ballot. Such requirements are good policy and should be upheld under the Constitution.

The Sessions DOJ Turns a Blind Eye to Discrimination

In the landmark Texas Voter ID case, DOJ has begun its official retreat from the protection of minority voting rights. This is the wrong decision and an ominous sign for the future.