Professor Johnsen joined the Indiana University Maurer Law faculty in 1998, following a distinguished career in Washington, D.C. She served in the U.S. Department of Justice under President Bill Clinton (1993-1998), including as the Acting Assistant Attorney General for the Office of Legal Counsel (1997-1998), which provides legal advice to the Attorney General, the President, and the general counsels of the various executive branch agencies. She served on the transition teams for both President Clinton and President Barack Obama.  President Obama nominated her to return to head the Office of Legal Counsel as Assistant Attorney General but the U.S. Senate failed to act on the nomination from 2009-2010. From 1988-1993, she was the Legal Director of the National Abortion and Reproductive Rights Action League (now NARAL Pro-Choice America), and prior to that as staff counsel fellow at the American Civil Liberties Union Reproductive Freedom Project. She clerked for Judge Richard D. Cudahy of the U.S. Court of Appeals for the Seventh Circuit.

Johnsen serves as Director and Secretary of the Board of Directors of the Guttmacher Institute, a leading sexual and reproductive health research and policy organization. She also serves on the Academic Advisory Board of the American Constitution Society for Law and Policy. Her research interests include issues of separation of powers (especially presidential power) and civil liberties (especially reproductive rights). She teaches Constitutional Law, the First Amendment, and Seminars in the Separation of Powers and Sexuality, Reproduction and the Constitution. 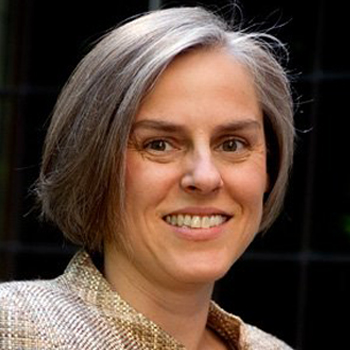 Trump’s Advisors Need to Step Up, Or Step Out

Astounding revelations have erased any reasonable doubt that the President’s shortcomings endanger global security. The time has come to focus on Executive Branch officials who have a duty to guide and, if necessary, constrain Trump. They need to step up, or step out.

Dark Money and Judicial Nominations Under Trump (And Beyond)

Our treasure of an independent judiciary is built upon an assumption of independence, of transparency about influence and potential conflicts, and accountability to the democratic process. When massive amounts of dark corporate money can affect those political processes, we are in grave danger of damaging that national treasure.

It is time to ask: Has Trump in effect forfeited some measure of judicial deference across contexts and cases, through his disrespect for the courts and the rule of law and his displays of prejudice and arbitrary decisionmaking? And if he has not yet reached that point, what more would it take?

We Need a National Debate on a Federal Tax on Wealth

America’s increasing economic inequality threatens our liberal democracy. We need urgently to find innovative tools to counter the erosion of our foundational, shared belief in opportunity and fairness, the American Dream.

Symposium on “The Future of the U.S. Constitution”

This Friday, leading legal scholars and practitioners – including four of Take Care’s own – will discuss constitutional challenges during the time of Trump and beyond. Open to the public, with livestreaming.