Dean of the School of Law

Erwin Chemerinsky is the Dean and Jesse H. Choper Distinguished Professor of Law, University of California, Berkeley School of Law.

Prior to assuming this position, from 2008-2017, he was the founding Dean and Distinguished Professor of Law, and Raymond Pryke Professor of First Amendment Law, at University of California, Irvine School of Law, with a joint appointment in Political Science. Before that he was the Alston and Bird Professor of Law and Political Science at Duke University from 2004-2008, and from 1983-2004 was a professor at the University of Southern California Law School, including as the Sydney M. Irmas Professor of Public Interest Law, Legal Ethics, and Political Science. He also has taught at DePaul College of Law and UCLA Law School. He teaches Constitutional Law, First Amendment Law, Federal Courts, Criminal Procedure, and Appellate Litigation.

He is the author of ten books, including The Case Against the Supreme Court, published by Viking in 2014, and two books published by Yale University Press in 2017, Closing the Courthouse Doors: How Your Constitutional Rights Became Unenforceable and Free Speech on Campus (with Howard Gillman). He also is the author of more than 200 law review articles. He writes a weekly column for the Sacramento Bee, monthly columns for the ABA Journal and the Daily Journal, and frequent op-eds in newspapers across the country. He frequently argues appellate cases, including in the United States Supreme Court.

In 2016, he was named a fellow of the American Academy of Arts and Sciences. In January 2017, National Jurist magazine again named Dean Chemerinsky as the most influential person in legal education in the United States.

Chemerinsky holds a law degree from Harvard Law School and a bachelor’s degree from Northwestern University. 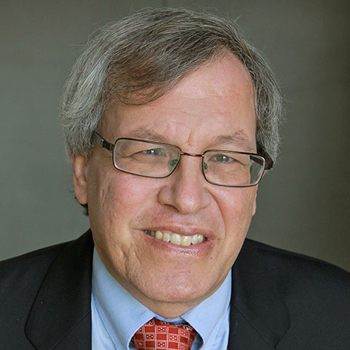 On March 4, the Supreme Court will hear its first abortion case in several years. In the first entry of our symposium, Dean Erwin Chemerinsky sets up the stakes—and fears that the case is going to end with the five conservative justices allowing severe restrictions on abortion, such as have not been upheld since Roe v. Wade.

How Do We Check the President?

If impeachment is impossible and even talk of impeachment can be destructive, how do we check a president who is violating the Constitution?

On Thursday, the one year anniversary of Special Counsel Robert Mueller’s appointment, attorneys for Donald Trump will stand up in a court of law to answer questions for the first time related to Russia. But it won’t be in the Mueller investigation.