Professor Lupu joined the law school in 1990. After graduating from law school, where he was case editor of the Harvard Law Review, he practiced law with the Boston firm of Hill & Barlow and then joined the law faculty at Boston University, where he taught from 1973 to 1989. During that time, he also served as a visiting professor at Northeastern University and at the University of California, Berkeley. In 1989–90, he was the professor-in-residence on the Appellate Staff of the Civil Division of the U.S. Department of Justice.
Professor Lupu is a nationally recognized scholar in constitutional law, with an emphasis in his writings on the religion clauses of the First Amendment. Together with his colleague Professor Robert Tuttle, Professor Lupu is the co-author of Secular Government, Religious People, forthcoming, Eerdmans Publishing Company, summer 2014 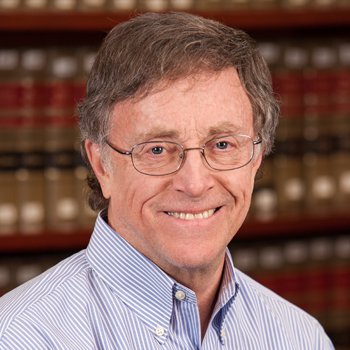 Little Sisters of the Poor v. Pennsylvania: The Misuse of Complicity

The Supreme Court majority's expanding concept of complicity is likely to result in judges acting inconsistently, accommodating sympathetic religious claimants and denying relief to those who are not

The 2020 Ministerial Exception Cases: A Clarification, not a Revolution

Despite legitimate controversy over the application of the ministerial exception, Morrissey-Berru is a reassuring nod toward the continuity of a principle long rooted in the American tradition of church-state separation.

Impeachment Trials and the Senator’s Oath of Impartial Justice

Senators who vote on removal following impeachment trials must take an oath akin to that of a juror. The oath requires them to be impartial and vote regardless of the president's party affiliation. Will Senators do that here?

The Bladensburg Cross case has our country on the verge of abandonment of longstanding and hard won principles about the secular character of American government. SCOTUS can and should step back from the brink.