Jamal Greene is the Dwight Professor of Law at Columbia Law School. His scholarship focuses on the structure of legal and constitutional argument. Greene is the author of more than 30 law review articles and is a frequent media commentator on the Supreme Court and on constitutional law. Greene served as a law clerk to the Honorable Guido Calabresi on the 2nd U.S. Circuit Court of Appeals and for the Honorable John Paul Stevens on the U.S. Supreme Court. 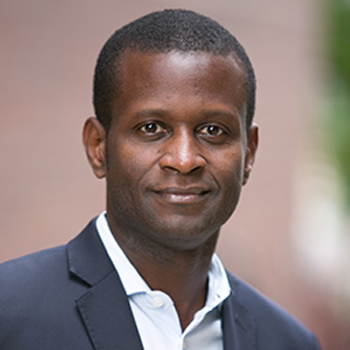 The Transgender Ban is Facially Unconstitutional

Such a blanket prohibition, tweeted out in advance of the Pentagon completing a policy review, is so lacking in credibility that its only motivation seems to be animus towards transgender people.

Trump, Trust, and the 25th Amendment

Imagine that the President lacked credibility entirely, whether because he was a pathological liar or because his lying was – hypothetically speaking – one symptom of a narcissistic personality disorder. Would there be anything the American people or government officials should or could do about it, short of waiting until the end of the President’s term.

Trump and the Decline of the American Middle

It's time to force Congress back into the conversation about immigration enforcement. Here's how.