Prior to coming to LDF, Schnapper-Casteras worked as an Associate at the Washington law firm Sidley Austin, where he focused on appellate representation and complex commercial litigation. In that role, he co-authored amicus briefs in several recent LDF Supreme Court cases, including Fisher v. UT-Austin and Schuette v. Coalition to Defend Affirmative Action. He also co-authored a Supreme Court brief on behalf of lesbian and gay servicemembers in the landmark U.S. v. Windsor case, in which the Court found the Defense of Marriage Act unconstitutional.

Schnapper-Casteras received his J.D. with Pro Bono Distinction from Stanford Law School, where he won the Walter J. Cummings Award for Best Brief as a finalist in the Kirkwood Moot Competition; was a member of the Supreme Court Litigation Clinic, and served as managing editor of the Stanford Law & Policy Review. He holds an M.P.P. from the Harvard Kennedy School and an M.A. in sociology and a B.A. with honors in political science from Stanford University. 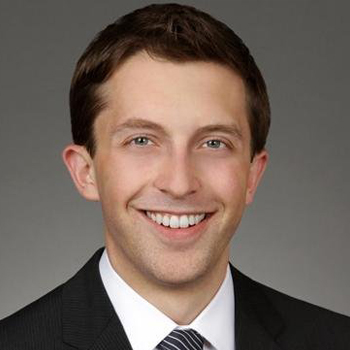 The Problem with Palmer

In its Muslim Ban brief, DOJ favorably cites Palmer v. Thompson (1971)—which allowed Jackson, Mississippi to close public pools rather than integrate them. The Fourth Circuit should question DOJ about this stunning citation and make clear that Palmer, an odious ruling, has no place in anti-discrimination law today.