Michael C. Dorf has written over eighty scholarly articles and essays on constitutional law and related subjects. He is the co-author (with Laurence Tribe) of On Reading the Constitution (Harvard University Press, 1991), the co-author (with Trevor Morrison) of The Oxford Introductions to U.S. Law: Constitutional Law (Oxford University Press, 2010), the editor of Constitutional Law Stories (Foundation Press 2004, second edition 2009), the author of No Litmus Test: Law Versus Politics in the 21st Century (Rowman & Littlefield, 2006), and a co-editor of the 12th edition of the Choper et al Constitutional Law casebook (West, 2015), the annual Supplement thereto, and the annual Compact Version of the casebook. His latest book, co-authored with Sherry F. Colb, is Beating Hearts: Abortion and Animal Rights (Columbia University Press, 2016). Professor Dorf is a frequent contributor to Newsweek and an occasional contributor to other magazines and newspapers. He also writes a bi-weekly column for Justia's web magazine Verdict and posts several times per week on his blog, Dorf on Law.

A graduate of Harvard College and Harvard Law School, Professor Dorf spent the year between college and law school as a Rotary Scholar at Victoria University of Wellington, New Zealand. During that time he co-authored three articles for refereed physics journals. After law school, Professor Dorf served as a law clerk for Judge Stephen Reinhardt of the United States Court of Appeals for the Ninth Circuit and then for Justice Anthony M. Kennedy of the Supreme Court of the United States.

His work as a paid lawyer has included a constitutional challenge to NAFTA in the D.C. Circuit and he maintains an active pro bono practice that includes the writing of amicus briefs in Supreme Court cases. Before joining the Cornell faculty in 2008, Professor Dorf taught at Rutgers-Camden Law School for three years and at Columbia Law School for thirteen years. At Columbia, he was Vice Dean from 1998-2002 and when he left, was the Isidor & Seville Sulzbacher Professor of Law. 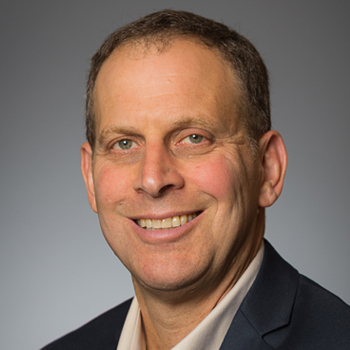 Whistleblower Scandal Contains Reminder of Last Scandal: Time for a New One?

Although Trump isn't deliberately using each new scandal to distract from the last one, the phenomenon is nonetheless maddening. It's like a game of Bizarro World Whack-a-mole in which each time you whack a mole another hammer emerges that somehow enables the same mole to escape.

How Many Bullets Do You Need?

Various jurisdictions that have banned large-capacity magazines define large-capacity differently. So how many bullets are enough under the Second Amendment?

Supreme Court 2018 Term in Review: Waaaaay Too Soon to Say that Kavanaugh-for-Kennedy Was Not a Game Changer

Pretext and Remedy in the Census Case and Beyond

Justice Thomas argues that because some people once favored a legal right to abortion for a bad reason, it should be banned today. That argument is mistaken.

The Mueller Report could but won't be used as the basis for impeachment. Meanwhile, it leaves two fundamental questions unanswered.