Olatunde Johnson is the Jerome B. Sherman Professor of Law at Columbia Law School, where she teaches legislation and civil procedure and writes about modern civil rights legislation, congressional power, and innovations to address discrimination and inequality in the United States.

Johnson clerked for David Tatel on the U.S. Circuit Court of Appeals for the District of Columbia and for Justice John Paul Stevens on the Supreme Court. From 2001 to 2003, Johnson served as constitutional and civil rights counsel to Sen. Edward M. Kennedy on the Senate Judiciary Committee. Prior to that, Professor Johnson worked at the NAACP Legal Defense Fund (LDF), where she conducted trial and appellate level litigation to promote racial and ethnic equity in employment, health, and higher education.

In 2016, she was doubly honored with the Law School's Willis L.M. Reese Prize for Excellence in Teaching and Columbia University's Presidential Award for Outstanding Teaching. She was appointed Vice Dean for Intellectual Life for the 2016–2018 term. In 2017, Johnson was elected a member of the American Law Institute. She joined the Columbia Law School faculty in 2006.

Johnson graduated from Stanford Law School in 1995 and from Yale University in 1989. 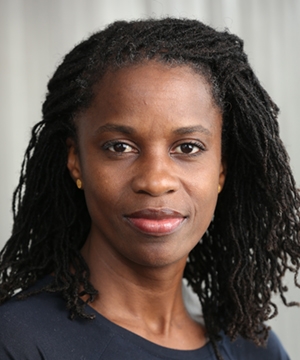 Today, the Department of Housing and Urban Development (HUD) published a proposed rule that would substantially limit enforcement of the 1968 Fair Housing Act. This rule is deeply flawed.