Peter M. Shane is the Jacob E. Davis and Jacob E. Davis II Chair in Law at the Ohio State University’s Moritz College of Law, where he regularly teaches administrative law, law and the presidency, and courses at the intersection of law, democracy, and new media. Named a Distinguished University Scholar in 2011, he is the author of over fifty law review articles and book chapters, as well as author, co-author or editor of eight books, including leading casebooks in both administrative law and separation of powers law. In 2008-09, Peter served as executive director to the Knight Commission on the Information Needs of Communities in a Democracy, and was the lead drafter of its report, Informing Communities: Sustaining Democracy in the Digital Age (2009). His most recent books include Cybersecurity: Shared Risks, Shared Responsibilities (with Jeffrey Hunker, Carolina Academic Press, 2013), and Connecting Democracy: Online Consultation and the Future of Democratic Discourse (with Stephen Coleman, MIT Press, 2012). An earlier volume on transparency and national security is A Little Knowledge: Privacy, Security and Public Information After September 11 (with John Podesta and Richard C. Leone, Century Foundation Press, 2004).

A frequent op-ed writer on public law issues, Peter has contributed essays to numerous outlets across the country including the Atlantic, the New York Times, the Washington Post, Washington Monthly, Bloomberg BNA, and Huffington Post. His research and outreach projects on public deliberation, media and democracy have been funded by the National Science Foundation, the William and Flora Hewlett Foundation, the Knight Foundation and the Battelle Endowment for Technology and Human Affairs. He chairs the Board of Editors for I/S: A Journal of Law and Policy for the Information Society, which he co-founded in 2004.

A graduate of Harvard College and Yale Law School, Professor Shane clerked in 1977-78 for the Hon. Alvin B. Rubin of the U.S. Court of Appeals for the Fifth Circuit. He served as an attorney- adviser in the U.S. Department of Justice Office of Legal Counsel and as an assistant general counsel in the Office of Management and Budget, before entering full-time teaching in 1981 at the University of Iowa. Professor Shane was dean of the University of Pittsburgh School of Law from 1994-1998. As Distinguished Service Professor of Law and Public Policy at Carnegie Mellon University's H. John Heinz III School of Public Policy and Management (now, Heinz College) from 2000-2003, he directed the Institute for the Study of Information Technology and Society (InSITeS). From 2003-2007, he headed the Center for Interdisciplinary Law and Policy Studies at Ohio State.

Professor Shane’s public service activities include positions as a Public Member of the Administrative Conference of the United States, as International Trade Commission agency team lead for the Obama-Biden Transition Project, and as a consultant to the Federal Communications Commission. Professor Shane inaugurated the Visiting Foreign Chair for the University of Ghent Program in Foreign and Comparative Law in 2001, and has been a visiting faculty member at the Harvard, Duke, Boston College, and Villanova law schools. 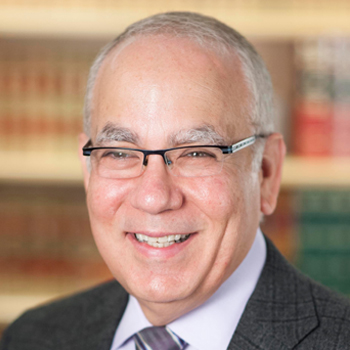 The Contempt of William G. Barr

Attorney General Barr recently said that "the Left that is engaged in the systematic shredding of norms and the undermining of the rule of law." Barr's outright partisanship relies on misunderstandings of history and a misguided view of the role of the attorney general.

Michaels understates the danger posed by a lack of social solidarity in America, a state of alienation Americans feel from one another that has been deliberately fed by right-wing politicians for at least the last four decades.

Executive Privilege(s) and the Testimony of James Comey

The various references to executive privilege and unauthorized disclosures must be analyzed more closely.

Santa Clara v. Trump and the Perils of the Gestural Presidency

If we had a president less concerned with posing as a man of action and more as the fiduciary taking care that the laws be faithfully executed, he would probably do better in court. I don't foresee him changing course.

If Congress does nothing now to further delineate the scope of presidential authority to deploy military force, it will effectively be forfeiting, now and forever, its constitutional authority to check presidential moves short of all-out state-to-state war.