Corey Brettschneider teaches constitutional law and politics at Brown University, where he is professor of political science. He has been a visiting professor at top law schools, including, University of Chicago Law School, Fordham Law School, and Harvard Law School. Brettschneider’s work focuses on democracy, free speech, and religious freedom. His popular writing has appeared in TIME, Politico Magazine, and the New York Times. He also comments and gives interviews on constitutional issues for television and radio, including BBC World, NPR, Sirius XM, WPRO, and Fox Providence. He regularly gives public lectures and faculty seminars at universities around the world and in the United States.

Brettschneider is the author of the books, Democratic Rights: The Substance of Self Government (Princeton U. Press, 2007) and When the State Speaks, What Should It Say? How Democracies Can Promote Equality and Protect Expression (Princeton U. Press, 2012). These books have been the subject of several published academic symposia as well as conference panels. His academic articles have appeared in top law and political science journals, including The American Political Science Review, Political Theory, and Texas Law Review. He is also the author of a casebook, Constitutional Law and American Democracy (Aspen, 2011). Brettschneider has a law degree from Stanford Law School and a Ph.D. in Politics from Princeton University. 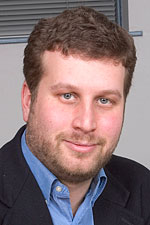 The Constitution's Role in Defending Democracy

In defending our democratic system, 'We the People' can look to the Constitution itself as a beacon that defines the rights we are owed.

President Trump has asked the Supreme Court to lift the stay preventing him from implementing his travel ban. Nelson Tebbe, Micah Schwartzman and I, along with a large group of constitutional law scholars, have filed a brief opposing Trump's motion.

Thanks in part to the President's own recent tweets and public comments, the case for concluding that his revised travel ban is unconstitutional has now become overwhelming.

Animus and the Travel Ban

One of the founding principles of this nation is that our government welcomes those of all faiths and rejects religious intolerance. President Trump’s order contravenes our nation’s fundamental commitment to religious freedom and to the equal protection of the laws. Federal courts should declare it unconstitutional.

A diverse group of leading constitutional law scholars—representing many different views about the Establishment Clause—has filed an amicus brief challenging the Muslim Ban. Here's what you need to know.