Deepak Gupta is the founding principal of Gupta Wessler PLLC. He specializes in Supreme Court, appellate, and complex litigation on a wide range of issues including constitutional law, class actions, and consumers’ and workers’ rights. He has also taught courses on public-interest law and appellate advocacy at Georgetown and American universities.

Deepak’s varied clients include the American Association for Justice (on forced arbitration and civil justice issues), Everytown for Gun Safety (in Second Amendment litigation), former pro football players (on concussions in the NFL), the family of an unarmed Mexican teenager shot by a U.S. border patrol agent (in a Supreme Court case on the Constitution’s extraterritorial reach), retail merchants (in First Amendment challenges to laws that hide the cost of credit-card swipe fees), state and local elected officials, members of Congress, national and global NGOs, and classes of consumers and workers harmed by corporate wrongdoing. Deepak successfully represented a certified class of all federal bankruptcy judges — recovering more than $50 million in litigation over Congress’s violation of the Constitution’s Judicial Compensation Clause — and he is currently representing national nonprofits challenging PACER fees for access to federal court records.

Deepak has argued before the U.S. Supreme Court multiple times and has handled appeals in every federal circuit and seven state supreme courts. He is frequently sought out by leading trial lawyers to defend their clients’  most consequential victories or to resurrect worthy claims on appeal, often after years of hard-fought, high-stakes litigation. He approaches each matter with a fresh perspective, a bird’s-eye view of the law, and a creative and strategic sense of how to reframe the issues for success on appeal. Judges and lawyers alike praise Deepak’s clear and simple writing style, and the National Law Journal has singled out his “calm, comfortable manner that conveys confidence” in oral argument.

Deepak has also testified before the U.S. Senate and the U.S. House of Representatives, has appeared on CNN, MSNBC, FOX News, ABC’s World News and Good Morning America, and NPR’s All Things Considered and Marketplace, and has been quoted by The New York Times, Washington Post, Los Angeles Times, Wall Street Journal, and USA Today.

Before founding the firm in 2012, Deepak served as Senior Litigation Counsel and Senior Counsel for Enforcement Strategy at the Consumer Financial Protection Bureau. As the first appellate litigator hired under Elizabeth Warren’s leadership, he was instrumental in launching the Bureau’s amicus program, defending its regulations, and working with the Solicitor General’s office on Supreme Court matters. For seven years previously, he was an attorney at Public Citizen Litigation Group, where he founded and directed the Consumer Justice Project and was the Alan Morrison Supreme Court Project Fellow.

Deepak received his law degree from Georgetown, studied Sanskrit at Oxford, and received his undergraduate degree in philosophy from Fordham. He served as a law clerk to the Honorable Lawrence K. Karlton of the U.S. District Court for the Eastern District of California and previously worked at the Voting Rights Section of the U.S. Department of Justice, the National Prison Project of the ACLU, and Americans United for Separation of Church and State. 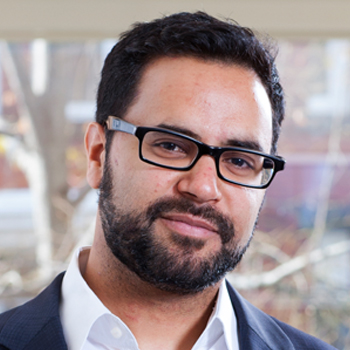 Can Trump Treat the Consumer Bureau’s Director Like a Contestant on Celebrity Apprentice?

The future of the CFPB remains murky. With political attacks and judicial challenges piling up, here's what you need to know about the path ahead for Elizabeth Warren's crowning achievement.

There's been a stunning development in the pending D.C. Circuit case about the CFPB's constitutionality: DOJ has recently filed a brief in another separation-of-powers case that directly and irrefutably contradicts the main argument in its brief attacking the CFPB.