Jonathan E. Taylor is a principal at Gupta Wessler PLLC in Washington, DC, where he focuses on representing plaintiffs and public-interest clients in Supreme Court, appellate, and constitutional litigation.

Since joining the firm, Jon has presented oral argument in significant appeals before the Supreme Court of Alaska and the U.S. Courts of Appeals for the Ninth and Eleventh Circuits and has been a principal author of dozens of briefs filed at all levels of the state and federal judiciaries. His work has spanned a wide range of topics, including the First Amendment, Second Amendment, Fourth Amendment, Article III standing, class certification, civil rights, administrative law, and a broad array of issues involving consumers’ and workers’ rights. He has represented federal judges, Members of Congress, classes of consumers and workers, retail merchants, national nonprofit advocacy organizations, former NFL players, and the family of a Mexican teenager killed by a U.S. border guard. 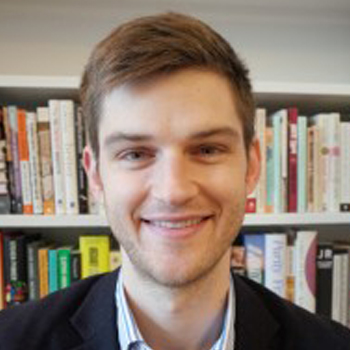 There’s Unquestionably Standing in the CREW Case. Here’s Why.

The additional plaintiffs in the CREW case unquestionably have standing.

Can Trump Treat the Consumer Bureau’s Director Like a Contestant on Celebrity Apprentice?

The future of the CFPB remains murky. With political attacks and judicial challenges piling up, here's what you need to know about the path ahead for Elizabeth Warren's crowning achievement.

There's been a stunning development in the pending D.C. Circuit case about the CFPB's constitutionality: DOJ has recently filed a brief in another separation-of-powers case that directly and irrefutably contradicts the main argument in its brief attacking the CFPB.

The World Is Not Made Brand New Every Morning

Judge Kozinski thinks that we cannot account for President Trump's campaign statements in the Muslim Ban cases. That is wrong. Courts can, and should, reckon with this history in assessing whether Trump's ban comports with religious neutrality.