Climenko Fellow and Lecturer on Law

Ian Samuel’s areas of scholarly interest focus on cyberlaw, especially as it intersects with criminal law, security, and intellectual property. He is the author of Warrantless Location Tracking, 83 N.Y.U. L. Rev. 1324 (2008), which evaluated the circumstances under which it ought to be legal for the government to track a person’s movements using her cell phone. He is currently working on papers theorizing an alternative model of the Fourth Amendment’s scope, the government’s power to exploit software vulnerabilities when conducting investigations, and the degree of assistance owed by innocent third parties in criminal investigations. While in private practice, he represented the email provider Lavabit LLC (which attained notoriety because one of its customers was Edward Snowden), in the company’s challenge to the government’s demand for its service-wide private encryption keys.

Ian formerly served in the United States Department of Justice, in the Office of the Solicitor General and on the appellate staff of the Civil Division. He was lead counsel in Lowenstein v. Department of Homeland Security, 626 F.3d 678 (2d Cir. 2010), a FOIA case concerning “Operation Front Line”—a program designed to identify and prevent terrorist attacks targeting the 2004 presidential election and inauguration. He was also lead counsel in Robinson v. Napolitano, 689 F.3d 888 (8th Cir. 2012), which concerned the scope of protection for security information about the nation’s aviation infrastructure. He also argued several cases concerning the constitutionality of the federal government’s civil-commitment program, see United States v. Timms, 664 F.3d 436 (4th Cir. 2012), and worked on the federal government’s successful defense of the constitutionality of the Affordable Care Act as well as its preemption challenge to Arizona’s immigration statute. 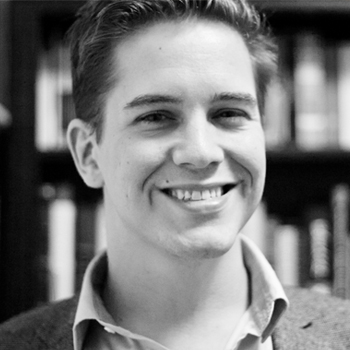 The Establishing Shots of a Heist: The Trump DOJ Meets the Affordable Care Act

DOJ's argument that the Affordable Care Act reforms are not severable from the now unconstitutional mandate is not worth the Courier font it is typed in.

The continuing resolution that was signed by President Trump contains a provision that permits his intelligence agencies to spend billions of dollars on anything they want, without having to inform Congress about what they are doing. This seems like a bad idea.

Morales-Santana and the "Mean Remedy"

Justice Ginsburg's opinion in Sessions v. Morales-Santana exacerbates many of the shortcomings of our immigration system.

It'll only matter if they make it matter.

Nunes Recuses. Sort Of. Now What?

Chairman of the House Permanent Select Committee on Intelligence Devin Nunes will step aside from the committee’s Russia investigation. Sort of. What does this mean -- and what comes next?