Laurence H. Tribe, the Carl M. Loeb University Professor and Professor of Constitutional Law at Harvard, has taught at its Law School since 1968 and was voted the best professor by the graduating class of 2000. The title “University Professor” is Harvard’s highest academic honor, awarded to just a handful of professors at any given time and to just 68 professors in all of Harvard University’s history. Born in China to Russian Jewish parents, Tribe entered Harvard in 1958 at 16; graduated summa cum laude in Mathematics (1962) and magna cum laude in Law (1966); clerked for the California and U.S. Supreme Courts(1966-68); received tenure at 30; was elected to the American Academy of Arts and Sciences at 38 and to the American Philosophical Society in 2010; helped write the constitutions of South Africa, the Czech Republic, and the Marshall Islands; has received eleven honorary degrees, most recently a degree honoris causa from the Government of Mexico in March 2011 that was never before awarded to an American and an honorary D. Litt. From Columbia University; has prevailed in three-fifths of the many appellate cases he has argued (including 35 in the U.S. Supreme Court); was appointed in 2010 by President Obama and Attorney General Holder to serve as the first Senior Counselor for Access to Justice; and has written 115 books and articles, including his treatise, American Constitutional Law, cited more than any other legal text since 1950. Former Solicitor General Erwin Griswold wrote: “[N]o book, and no lawyer not on the [Supreme] Court, has ever had a greater influence on the development of American constitutional law,” and the Northwestern Law Review opined that no-one else “in American history has… simultaneously achieved Tribe’s preeminence… as a practitioner and… scholar of constitutional law.” 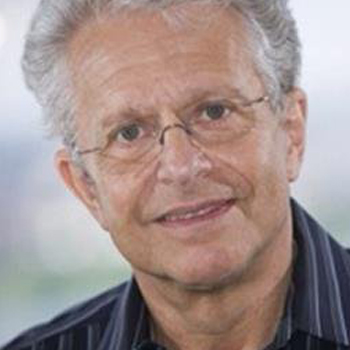 If the House Ways and Means Committee lacked Article III standing, then the House’s subpoena power would be gutted, and the Executive Branch could defy valid congressional process with impunity

In this excerpt from our book, we explain why the Framers decided against assigning the Supreme Court a role in adjudicating impeachments

It is surely ironic for the authors of a book about impeachment to warn about the risks of too much focus on impeachment. But that's what we do in our latest Atlantic essay.

When (if Ever) Must the House Impeach the President?

A response to Cass Sunstein's analysis of this question

Introducing a symposium on our new book, 'To End A Presidency: The Power of Impeachment.'