Professor Lederman has been teaching at the Georgetown University Law Center since 2005, except for a stint as Deputy Assistant Attorney General in the Department of Justice's Office of Legal Counsel in the first two years of the Obama Administration.  He also served in OLC from 1994 to 2002.  In 2008, with David Barron, he published a two-part article in the Harvard Law Review examining Congress's authority to regulate the Commander in Chief's conduct of war.  In a 2016 article in the Yale Law Journal Forum, Professor Lederman examined the “least restrictive means” element of the Religious Freedom Restoration Act and how the Court and litigants have been misusing it in recent RFRA litigation involving contraception coverage and antidiscrimination laws.  In a pair of forthcoming articles, Professor Lederman analyzes the purported historical predicates for recognizing a new Article III exception that would permit domestic-law offenses to be tried in military courts:  If George Washington Did It, Does that Make It Constitutional?:  History’s Lessons for Wartime Military Tribunals, 105 Geo. L.J. (forthcoming August 2017), and The Law (?) of the Lincoln Assassination, 118 Colum. L. Rev. (forthcoming March 2018).  Professor Lederman regularly contributes to Just Security, Balkinization and other blogs. 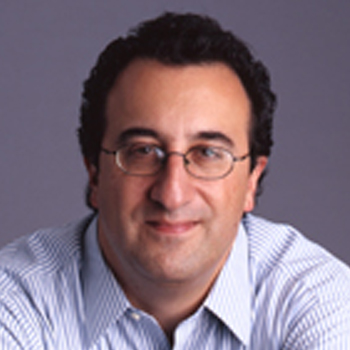 Can Congress Investigate Whether the President Has Conflicts of Interest, is Compromised by Russia, or Has Violated the Law?

The President's lawyers are urging courts to hold that Congress’s oversight and regulatory authorities simply don't extend to investigating the wrongdoing, foreign influence over, and possible conflicts of interest of, the President of the United States. That's wrong.

The Vicious Entrenchment Circle: Thoughts on a Lifetime with a Republican-Controlled Court

By the time the Supreme Court’s current Term ends in June, it will have been more than 50 years of GOP-appointed control, even though Democrats have won a majority or plurality of the popular vote in seven of the twelve elections in that period.

A Primer on the DACA Rescission

Here we address confusions and misconceptions about what DACA is (or was), and what will happen next; about the effects of DHS’s “rescission, and what the legal basis might be for that rescission; about what happens during the so-called six-month “window”; about the prospects that Trump might reverse course in March; and about the current litigation challenging DHS’s rescission.

End of the Travel Ban and Its Litigation (for now, anyway)

By the time you read this, the heart of the so-called 'travel ban' will probably be no more.