Professor Murray is a graduate of the University of Virginia, where she was a Jefferson Scholar and an Echols Scholar, and Yale Law School, where she was notes development editor of the Yale Law Journal. While in law school, she earned special recognition as an NAACP-LDF/Shearman & Sterling Scholar and was a semifinalist of Morris Tyler Moot Court.

Following law school, Murray clerked for Sonia Sotomayor, then of the US Court of Appeals for the Second Circuit, and Stefan Underhill of the US District Court for the District of Connecticut. Murray is a member of the New York bar.

In 2013, Murray's article, "What's So New About the New Illegitimacy?," was awarded the Dukeminier Awards' Michael Cunningham Prize as one of the best sexual orientation and gender identity law review articles of 2012. Her article, "Marriage as Punishment," won the Association of American Law Schools' 2010-2011 Scholarly Papers Competition for faculty members with fewer than five years of law teaching. "Marriage as Punishment" was also selected by the Association of American Law Schools' Section on Women in Legal Education as a winner of the 2010-2011 New Voices in Gender Studies scholarly paper competition. In 2010, Murray was awarded the Association of American Law School's Derrick A. Bell Award, which is given to a junior faculty member who has made an extraordinary contribution to legal education, the legal system, or social justice. In 2011, Murray was elected to the membership of the American Law Institute.

Prior to joining the NYU faculty, Murray was on the faculty of the University of California, Berkeley, School of Law, where she was the recipient of the Rutter Award for Teaching Distinction. From March 2016 to June 2017, she served as interim dean of the Berkeley Law. 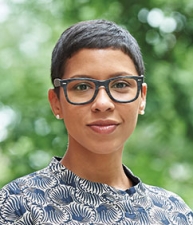 Abortion, Equal Protection, and the ERA—Courts Then and Now

A half century ago women and men challenging abortion restrictions were creative in making claims on the Constitution, taking to the streets, to the legislatures, and to the courts. In their audacity and creativity, we can find our future.

Toward an Expansive Conception of Reproductive Rights and Justice

The responses to our edited volume promise continuing conflict over questions of reproductive justice in federal and state courts—but also highlight new arenas of action in politics, science, and religion