Professor Nicholas Bagley teaches and writes in the areas of administrative law, regulatory theory, and health law. Prior to joining the Law School faculty, he was an attorney with the appellate staff in the Civil Division at the U.S. Department of Justice, where he argued a dozen cases before the U.S. Courts of Appeals and acted as lead counsel in many more. Professor Bagley also served as a law clerk to Justice John Paul Stevens of the U.S. Supreme Court and to the Hon. David S. Tatel of the U.S. Court of Appeals, District of Columbia Circuit. Professor Bagley holds a BA in English from Yale University and received his JD, summa cum laude, from New York University School of Law. Before entering law school, he joined Teach For America and taught eighth-grade English at a public school in South Bronx. Professor Bagley's work has appeared in the Harvard Law Review, the Columbia Law Review, the Georgetown Law Journal, the New England Journal of Medicine, and the Journal of Health Politics, Policy, and Law. His article, "Centralized Oversight of the Regulatory State," which he coauthored with Richard Revesz, was selected as the best article in the field in 2006 by the American Bar Association's Section on Administrative Law and Regulatory Practice. In August 2010, Professor Bagley testified before the U.S. Senate Subcommittee on Administrative Oversight and the Courts about agency capture. In 2012, he was the recipient of the Law School's L. Hart Wright Award for Excellence in Teaching. He is a frequent contributor toThe Incidental Economist​, a prominent health policy blog. 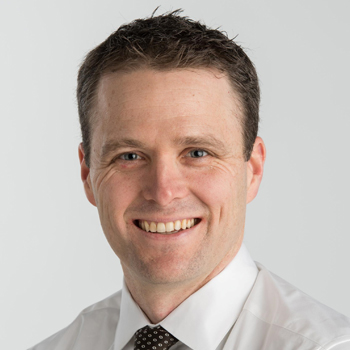 The Writing Is on the Wall for Obamacare

With the Trump administration's support, the Fifth Circuit ruled yesterday that the health-care law contains a constitutional flaw—and that most or all of the law may have to be scrapped.

The Rise of the Know-Nothing Judge

Know-Nothing judges may drape themselves in the robes of judicial modesty, but they are activists to the core. And they may decide the fate of health reform.

Silver bullets, blue pencils, and the future of the ACA

Yesterday, the Fifth Circuit heard oral argument in the case challenging the constitutionality of the Affordable Care Act. It didn't go well.

In a welcome surprise, the Trump administration has urged the Fifth Circuit not to dismiss the appeal of the decision invalidating the Affordable Care Act.

The Supreme Court Will Hear Another Affordable Care Act Case

At issue is whether the United States broke a promise to make $12 billion in federal payments to the insurers that participated on the ACA's exchanges.

On Gundy and the Nondelegation Doctrine

On Thursday, the conservative wing of the Supreme Court called into question the whole project of modern American governance.