Charlie is a lawyer at Civil Rights Corps, a non-profit in Washington, DC, that fights injustice and inequality in the criminal system, and an adjunct professor of law at Georgetown Law Center. In 2018, Charlie founded an initiative at Civil Rights Corps examining systemic problems with indigent-defense systems. He litigates cases across the country challenging structural threats to the independence of defense counsel as well as cases challenging unconstitutional pretrial systems.

In his spare time, Charlie maintains an active pro bono practice. In the last several years, he wrote sections of the motion to dismiss­–response brief for the Plaintiffs in a suit against the Trump Presidential Campaign and Roger Stone, Cockrum v. Donald J. Trump for President, Inc., 17-CV-1370 (D.D.C. 2018); represented an author in a complex immigration matter related to eligibility for U.S. royalties on publications; represented a veteran in successfully resolved dispute with a for-profit college over misstated VA-benefits eligibility; represented an injured worker in a workers’-compensation matter, resulting in $10,000 settlement; and represented a debtor in a Fair Debt Collection Practices Act matter resulting in cancellation of all outstanding debt.

The views Charlie expresses in his writing and on the Versus Trump podcast are entirely his own. They do not reflect, in any way, the views of Civil Rights Corps—or anyone else for that matter. 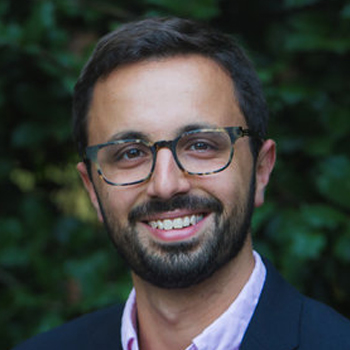 On this week's Versus Trump, Charlie and Jason discuss the madness of last week and what might happen next for impeachment, cirminal charges against Trump, and more. They are then joined by Take Care publisher Joshua Matz to discuss his views on impeachment and Trump's legal legacy. Listen now!

On this week's Versus Trump, Charlie and Jason discuss the vote of the Electoral College and the Supreme Court's unanimous rejection of Texas's longshot bid to overturn the result of the election. Happy holidays!

On this week's Versus Trump, Charlie and Jason discuss the status of Trump's legal challenges to the election (going nowhere) and the Trump Administration's dangerous and illegal refusal to designate Biden as the President-elect and therefore give his team resources for a smooth transition. Listen now!

Versus Trump: Legal Challenges, Plus The Post Office Case

On this week's Versus Trump, Charlie and Jason discuss the (frivolous) legal challenges to come. They are then joined by Public Citizen's Matthew Seligman to learn what happened with all those last-minute ballots, and what might happen in ongoing litigation in the Supreme Court.