Easha is a co-host of the Versus Trump podcast, the official podcast of the Take Care blog. She lives in California, where she's an associate in the Supreme Court and Appellate practice at a national law firm. Her active pro bono practice spans immigration, criminal defense, reproductive rights, and economic justice.

Easha previously served as a law clerk to Justice Sonia Sotomayor of the Supreme Court of the United States and to Judge Paul Watford of the Ninth Circuit Court of Appeals. She received her J.D. from Berkeley Law, where she graduated Order of the Coif, served as Senior Essays Editor of the California Law Review, and was the student member of the Dean Search Committee. Prior to law school, Easha worked as a mitigation investigator for defendants on California's death row and as a journalist for The Wall Street Journal and The Times-Picayune. 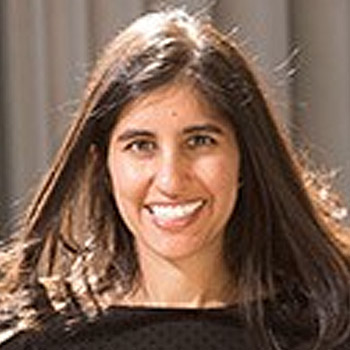 Versus Trump: Easha's Back, To Talk Qualified Immunity and Police Reform

On this week’s Versus Trump, Easha Anand makes her triumphant return to talk qualified immunity and police reform. The trio talk about the proposal to reform qualified immunity and debate whether that will do much. They then break down other new legal innovations in the various proposals and ask: is it enough to create new grounds for people to sue? Or are other reforms more important? Listen now!

Versus Trump: Who Are Presidential Electors?

On this week’s Versus Trump, Charlie and Easha take a deep dive into two recently granted Supreme Court cases that go to the heart of the systems that we use to elect the President. The discussion takes us deep into questions of political accountability, free choice, and constitutional history. A classic Versus Trump cat's-away-mice-will-play episode chock full of fun analysis of, among other things, Jason's work. Listen now! (I mean right now.)

Versus Trump: Trump vs. The Equal Rights Amendment

On this week’s Versus Trump, Jason, Easha, and Charlie discuss the Trump Administration's new legal opinion regarding the legal status of the Equal Rights Amendment, also known as the ERA. They consider what will happen now that Virginia has become the 38th state to ratify the ERA since 1972. Is it too late, or can Congress do anything to add this amendment to the Constitution? Listen now!

Versus Trump: Amazon vs. Trump

On this week’s Versus Trump, Jason, Easha, and Charlie consider a new lawsuit by Amazon, in which the company claims that it was illegally denied a $10 billion Pentagon contract because of President Trump's stated dislike of Amazon founder Jeff Bezos. And the return briefly to the question of Bolton's potential testimony at the Senate impeachment trial. Listen now!

Versus Trump: Method or Manner?

On this week’s Versus Trump, Easha and Charlie discuss the Trump Administration’s efforts to resume federal executions after a decade-and-a-half hiatus. Listen now!