Professor Daniel Epps teaches and writes about criminal law and criminal procedure.  His research analyzes the criminal justice system using the tools and insights of structural public law and institutional design.  His first article, The Consequences of Error in Criminal Justice, 128 Harvard Law Review 1065 (2015), probed the historical, intellectual, and normative foundations of the "Blackstone principle"—the idea in criminal law that it is preferable to let many guilty defendants go free in order to avoid convicting a smaller number of innocent defendants. His most recently published article, Adversarial Asymmetry in the Criminal Process, 91 NYU Law Review 762 (2016), analyzed and critiqued our system's approach to motivating prosecutors.

Professor Epps has a secondary interest in federal courts and the design of judicial institutions, and he is a nationally recognized expert on the Supreme Court.  His most recent paper, The Lottery Docket (forthcoming in the Michigan Law Review, with William Ortman), proposes supplementing the Court's case selection process with a set of cases drawn at random from final decisions of the circuit courts.  He is the co-host of First Mondays, a popular podcast that covers the Court while it is in session.  And he is an experienced Supreme Court litigator.  Most recently, he served as co-counsel for the defendant in Ocasio v. United States, 136 S. Ct. 1423 (2016), which addressed the scope of criminal conspiracy liability for public-sector extortion.  His other notable prior work includes the successful petition for certiorari and merits briefing in Walden v. Fiore, 133 S. Ct. 1493 (2014); a brief for the Court-appointed amicus curiae in Millbrook v. United States, 133 S. Ct. 1441 (2013); and an amicus brief for criminal law and procedure scholars in United States v. Davila, 133 S. Ct. 2139 (2013). He also served as co-counsel on the brief of Prof. Stephen E. Sachs as amicus curiae in Atlantic Marine Construction Co. v. U.S. District Court, 134 S. Ct. 568 (2013) (with Jeffrey S. Bucholtz & Stephen E. Sachs), which The Green Bag Almanac & Reader included on its list of "Exemplary Legal Writing" for 2013. 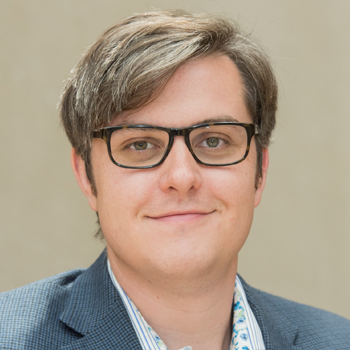 The Constitutionality of the 5-5-5 Supreme Court Plan

It would be constitutional to have a 15-person Supreme Court consisting of five Republican-affiliated justices, five Democratic-affiliated Justices, and five more justices unanimously selected by the first ten from judges of the federal court of appeals for a single-year term

The Audacity of The President’s "Hope"

Senator Risch asked Jim Comey whether a person has been charged for obstruction of justice or any other criminal offense, where they said or thought they hoped for an outcome. We hope he finds our research instructive.

Mootness and Munsingwear in the Travel Ban Litigation

A Munsingwear vacatur could be an intriguing compromise in the travel ban case that just might generate consensus on the Supreme Court. It would let the Justices avoid wading into treacherous constitutional waters. But it would also avoid giving the impression that the Court approved of a nationwide injunction about which the conservative Justices will, I suspect, have serious concerns.