Samuel Bagenstos, the Frank G. Millard Professor of Law, specializes in constitutional and civil rights litigation. From 2009 to 2011, he was a political appointee in the U.S. Department of Justice, where he served as the principal deputy assistant attorney general for civil rights, the No. 2 official in the Civil Rights Division. His accomplishments included the promulgation of the 2010 Americans with Disabilities Act regulations—the first comprehensive update of those regulations since they were first promulgated in 1991—and the reinvigoration of the Civil Rights Division's enforcement of the U.S. Supreme Court's decision in Olmstead v. L.C., which guarantees people with disabilities the right to live and receive services in the most integrated setting appropriate. He led the negotiations of significant Olmstead settlements with the states of Delaware and Georgia, which guarantee appropriate, community-based services to thousands of people with disabilities. He also personally argued major cases in federal district courts and courts of appeals.

Professor Bagenstos frequently consults with civil rights organizations and remains an active appellate and U.S. Supreme Court litigator in civil rights and federalism cases. He has argued four cases before the Supreme Court, including Young v. United Parcel Service, 135 S. Ct 1338 (2015), which established new protections for pregnant workers, and United States v. Georgia, 546 U.S. 151 (2006), which upheld, as applied to his client's case, the constitutionality of Title II of the Americans with Disabilities Act. Professor Bagenstos also has testified before Congress on several occasions, including in support of the Fair Pay Restoration Act, the ADA Amendments Act, the Employment Non-Discrimination Act, and the Convention on the Elimination of All Forms of Discrimination Against Women, as well as on the application of the ADA to advancing technology and the problem of mental illness in prisons.

Prior to joining the Michigan Law faculty, Professor Bagenstos was a professor of law and, from 2007 to 2008, also associate dean for research and faculty development at Washington University School of Law. He has been on the faculty of Harvard Law School and was a visiting professor at UCLA School of Law. He clerked for the Hon. Stephen Reinhardt on the U.S. Court of Appeals for the Ninth Circuit for one year, then joined the Civil Rights Division of the U.S. Department of Justice. Following that position, he served as a law clerk for Justice Ruth Bader Ginsburg of the U.S. Supreme Court. In 1993, Professor Bagenstos earned his JD, magna cum laude, from Harvard, where he received the Fay Diploma and was articles office co-chair of the Harvard Law Review. He received his BA, with highest honors and highest distinction, from the University of North Carolina. 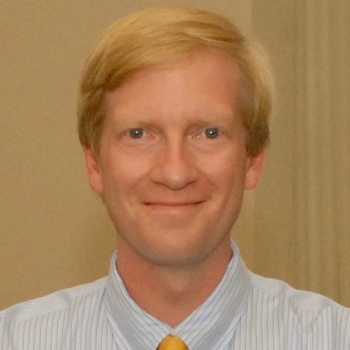 Now former DOJ officials are calling him on it.

With briefing almost completed in G.G. v. Gloucester County School Board, it’s good to remember the way in which the case can be resolved on straightforward statutory grounds without deciding whether Title IX prohibits discrimination against transgender persons, as such.