Seriously? The Court Intended to Exclude Grandmas from the Preliminary Injunctions? 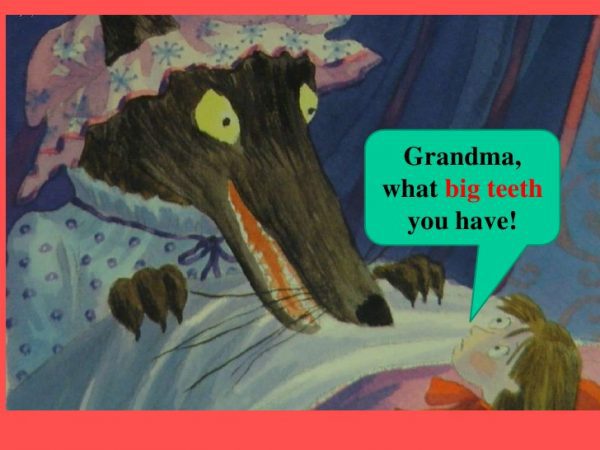 I just wanted to add a brief follow-up to the excellent posts by Leah Litman and by Ryan Goodman and Adam Cox on the absurdity of the Administration’s interpretation of the Supreme Court’s modification of the travel-ban/refugee-limit preliminary injunctions.

The Administration has announced (see last night’s State Department cable and also FAQ No. 29) that the injunctions continue to apply–i.e., the entry ban cannot be enforced over the next 90 days–to a foreign national of the six identified countries who is “a parent (including parent-in-law), spouse, child, adult son or daughter, son-in-law, daughter-in-law, sibling, whether whole or half” of a person in the United States.  And “[t]his includes step relationships.”

By contrast, however, the Administration believes that the Supreme Court has effectively reinstated the entry ban–has stayed the injunctions against it–as applied to foreign nationals who are “grandparents, grandchildren, aunts, uncles, nieces, nephews, cousins, brothers-laws and sisters-in-law, fiancés, and any other ‘extended’ family members” of persons in the United States.

As Leah explains, with some vivid illustrations, these distinctions make no sense at all–and certainly do not reflect any rational judgment about the relative likelihoods of a terrorist threat, or the strength of any other government interest in excluding such persons.  Who could possibly imagine that “the Government’s interest in enforcing [the entry ban]” is “at [its] peak” (that’s the way the Court described the excluded cases) when it comes to grandmothers (those well-known terrorist threats) and sisters-in-law, but not to step-brothers and daughters-in-law?  How could the Administration–and DOJ lawyers–possibly have concluded that this is what the Supreme Court had in mind?

In its press briefing this afternoon, Trump Administration officials were repeatedly asked the obvious questions raised by its deeply counterintuitive set of distinctions:  “Who decided that close family does not include grandparents, grandchildren, aunts, and uncles? The argument is going to be made . . . that this is an arbitrary and capricious distinction. And so how is it exactly that you are able to defend that?”  The answer, repeated several times, was:  “We based that on the definition of family in the Immigration and Nationality Act and also what we saw in the Supreme Court decision. So you will see some categories in addition to the basic definition in the INA.”

I might be overlooking something, but I don’t think the INA contains a definition of “family.”  And even if it did, the Supreme Court did not suggest that the scope of the amended injunctions turns on whether someone is part of a U.S. person’s “family” (which, by the way, grandmothers and brothers-in-law certainly are), or upon any other particular definition used in the INA for other purposes (some of which Ryan and Adam discuss in their post; see also, e.g., the definition of “immediate relative” used in 8 U.S.C. 1153(b)).

The Administration is obviously placing a great deal of weight on this one sentence in the per curiam opinion:  “For individuals, a close familial relationship is required” (emphasis added).  Even if that sentence were the be-all and end-all of the Court’s opinion, the INA does not contain any definition of “close” familial relationship–and certainly neither the INA nor any other source of law or reason would conclude that whereas mothers- and fathers-in-law, step-parents, and half-siblings, are “close” relatives, grandparents categorically are not.

That would be enough, in and of itself, to show that the Administration is now egregiously over-reading the Court’s subsequent, single reference to “close familial relationship[s].”  But the Executive’s error becomes even clearer when one focuses upon the other ways in which the Court referred to the relationships that remain covered by the injunctions, and the Court’s illustrations of some such cases.  The entry ban, the Court writes, “may not be enforced against foreign nationals who have a credible claim of a bona fide relationship with a person or entity in the United States.”  (Note the absence of any “closeness” modifier.)  This includes, for example, a student at a U.S. institution.  A person who has accepted employment here.  A lecturer invited to address an American audience.  And a foreign national “who wishes to enter the United States to live with or visit a family member,” including a visit with a son-in-law.  Indeed, as Ryan, Adam and Leah note, the Court described the mother-in-law/son-in-law example not as an outlier but as a case “clearly” covered by the amended injunctions.

What do all these examples have in common?  They all involve foreign nationals with (as the Court puts it) “some [genuine] connection” to the United States, such that exclusion would result in real burdens to the foreign national and to persons in this country.

So what work did the Court intend by its reference to “close familial relationship[s]”?  I think it’s fairly plain that the Court merely meant to exclude, from the operation of the preliminary injunctions, extreme cases of remote alleged familiar relationships that would call into question whether there is (in the Court’s words) “a credible claim of a bona fide” relationship.  In other words:  Don’t expect to get relief from the injunctions based upon the fact that you’ve constructed your genealogical family tree and it turns out you have a seventh-cousin thrice-removed somewhere here in the U.S.

But any familial relationship that is bona fide and that is at least as close as that of a mother-in-law and son-in-law, or a lecturer and her prospective audience, etc., is surely close enough to be protected by the injunctions–and that is so, according to the Court, because in all such cases, both the foreign national and the U.S. persons would suffer genuine harm (indeed, presumably whatever the Court means by “legally relevant harm,” an inscrutable category that I discussed earlier) if the alien is foreclosed from entering the United States.

Safe to say, I’d think, that this describes a grandmother of U.S. residents who is fleeing oppression in Syria–and that it does not depend on the arbitrary question of whether or not her children happen also to reside in the United States.

Versus Trump: Should Vulnerable Detainees Be Released?

On this week’s Versus Trump, Jason and Charlie discuss a lawsuit in Seattle, Dawson v. Asher, requesting that several vulnerable people in immigration detention be released. They discuss the legal standard for detention, why detention centers are particularly dangerous places, and what courts will be balancing when they consider these requests for release. Listen now!